Let your voice be heard! Learn about validators and cast your votes!

Check out our latest video! Telos validators across the planet form the decentralized engine powering the Telos blockchain!

This video shows you how you can vote for them with your $TLOS, and what types of values they add to the Telos blockchain ecosystem. If you want to learn more, check out our Telos beginners playlist!

Did you know that there are a lot of similarities when you
compare the telos blockchain with a democratic society.
Vote! And let your voice be heard!
Before we start off, click the subscribe button below the video,
and also follow us on twitter: @DutchEOS
A big part of being involved in a community
is making sure that your voice is heard.
There are multiple voting systems integrated
in the Telos blockchain, but today we are going
to show you how to vote for Validators, also known as
block producers. Validators are the ones that
keep the chain running. They are an essential component
in keeping the Telos blockchain online 24/7.
validators will not only produce Blocks efficiently,
but will also add additional value to the Telos blockchain ecosystem.
This, for example, can be accomplished by
Being available to Telos tech and non-tech communities,
developing useful DAPPs and tools,
promoting Telos to a wider audience,
participating in problem solving discussions and provide solutions
and dealing with issues in a timely manner.
Last week, Telos achieved a milestone producing the 200.000.000th block
without any downtime, EVER! This monumental fact shows Telos’
voting system works and is THE way to go
forward aiming for mainstream adoption.
Now let’s find out where you can find info on
Telos Validators and also how to vote for them.
But before we start off…
If you are new to Telos, please watch our playlist
for newcomers first. Click this link to start off correctly!
Let’s begin, go to https://eosauthority.com/ and select the telos blockchain
Scroll down and here you can find the list of telos validators.
On top you can find the current vote leader.
There are 21 elected validators ranked 1 to 21. Elected validators
take scheduled turns in producing blocks.
Validators ranked 22 to 42 are on standby, this basically means
they are on backup duty (in case something goes wrong).
These little icons next to the name are links to their websites
nd socials. Here you can find out what’s keeping them busy
and learn about their contribution to the Telos Blockchain.
If you like what you see, vote for them!
This system is competitive, you can make a difference
for new up and coming validators by voting for them.
Now let’s find out how we can do just that. There are multiple options
to cast your votes, but today we are using anchor wallet:
Start the Anchor wallet app and unlock the wallet
Go to ‘governance’ Here you can select up to 30 validators.
Select the validators you want to vote for and
select submit vote(s)
Each individual TLOS staked in either REX or resources you,
will count as one vote and will be
added to each of the validators you just voted for.
Done! You’ve just cast your votes!
If you enjoy our content please vote DutchEOS! Also leave a like,
comment below the video and subscribe to the channel.
Don’t forget to follow us on twitter @DutchEOS.
Thanks for watching and I hope to see you all in the next one! 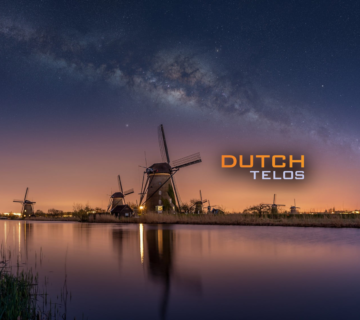 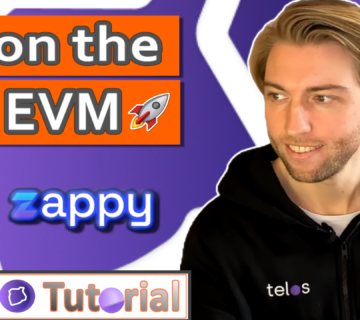